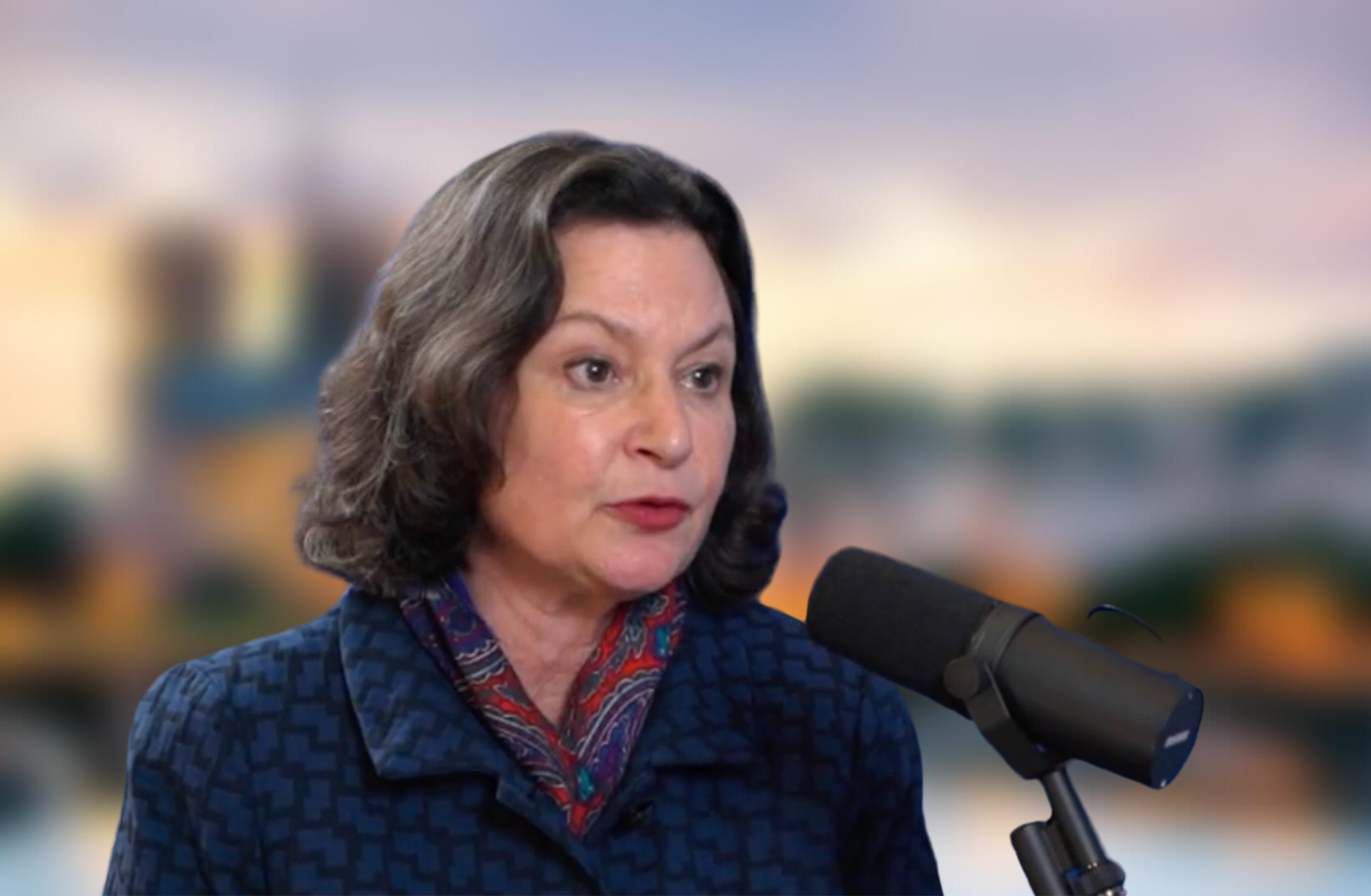 Mary Eberstadt holds the Panula Chair in Christian Culture at the Catholic Information Center in Washington DC and is Senior Research Fellow at the Faith & Reason Institute. She is an American writer whose contributions to the intellectual landscape traverse genres. An essayist, novelist, and frequent public speaker, she is author of several books of non-fiction, including How the West Really Lost God: A New Theory of Secularization; Adam and Eve after the Pill: Paradoxes of the Sexual Revolution; and Primal Screams: How the Sexual Revolution Created Identity Politics. Her social commentary draws from fields including anthropology, intellectual history, philosophy, popular culture, sociology, and theology.  Central to her diverse interests are questions concerning the philosophy and culture of Western civilization and the fate and aspirations of post-modern man.

Mrs. Eberstadt’s books and essays have been translated into Spanish, French, Italian, Polish, Arabic, Dutch, Portuguese, Lithuanian, Hungarian, and Turkish; and her novel The Loser Letters: A Comic Tale of Life, Death, and Atheism, premiered as a stage-play at the Catholic University of America in 2016.

Literary work
Mary Eberstadt (née Tedeschi) is the author of several influential books, among them How the West Really Lost God: A New Theory of Secularization; It’s Dangerous to Believe: Religious Freedom and Its Enemies; and Adam and Eve after the Pill: Paradoxes of the Sexual Revolution.
In August, 2019, Templeton Press published her work, Primal Screams: How the Sexual Revolution Created Identity Politics.
Mrs. Eberstadt’s contributions to journalism range from short essays and reviews in mainstream venues like the Wall Street Journal and TIME to longer pieces in journals of ideas such as First Things and National Affairs. She has served on the editorial staffs of three magazines for which she has also written, The Public Interest, The National Interest, and Policy Review.
Her 2010 epistolary novel The Loser Letters, about a young woman in rehab torn between theism and atheism, was adapted for stage and premiered at the Catholic University of America’s Hartke Theater in fall 2016. Other adaptations of the story are underway for future productions in the U.S. and Malta.
Public Speaking
Mary Eberstadt is frequently invited to speak to professional and private associations, and has delivered addresses at dozens of campuses in the United States and elsewhere.
She teaches during the summer at the Tertio Millennio Seminar on the Free Society in Krakow, Poland; and during the academic year at the Leonine Forum, a course for young professionals hosted by the Catholic Information Center in Washington, D.C.
Public service
Mrs. Eberstadt’s public service includes two years on the U.S. State Department’s Policy Planning Staff during the Reagan administration, where she was speechwriter to Secretary of State George Shultz. She also served as a speechwriter to the Hon. Jeane J. Kirkpatrick at the U.S. Mission to the United Nations.

She is engaged with several non-profit and charitable groups, including The Merry Beggars, an association of young Catholic artists creating transformative theater; Our Lady of Guadalupe Parish in Togo, Africa, led by Rev. William Ryan; the Catholic Information Center; and Dominican House of Studies in Washington, DC. During the 1980s and into the 1990s, she was a Trustee of Telluride Association, and spent five years on its Board of Custodians. From 2001-2003, she served on the Academic Board of Advisors to the Templeton Foundation.

In 2011, interested in the idea of establishing a literary network for women, she founded The Kirkpatrick Society, an association that has gone on to mentor hundreds of writers.
Mrs. Eberstadt has received awards and honors for her work, including appointments with various associations and think tanks. In 2016, she became a senior research fellow at the Faith and Reason Institute in Washington, D.C. In 2021, she was awarded the Panula Chair in Christian Culture at the Catholic Information Center in Washington, D.C., named for its late director, Fr. Arne Panula.
In 2014, Seton Hall University awarded Mrs. Eberstadt an honorary Doctorate of Humane Letters. Her Commencement Speech was featured in USA Today as one of the most notable of the year. Also in 2014, she received the Siena Symposium’s Humanitarian Leadership Award at St. Thomas University in Minnesota; and a Leadership Award from the Catholic Lawyer’s Guild of Nebraska. In 2016, she and her husband Nicholas Eberstadt received the Cardinal O’Boyle Award from the Fellowship of Catholic Scholars.
In 2021, she was appointed a Distinguished Fellow of the PM Glynn Institute at Australian Catholic University, the largest Catholic university in the English-speaking world. In October 2021, the American Society of Catholic Social Scientists presented her with their annual Pius XI Award for “building up a true social science. On May 7, 2022, Mrs. Eberstadt gave the Commencement Address at Magdalen College of the Liberal Arts in New Hampshire, which awarded her an Honorary Doctorate in Humane Letters.
Background
Mary Eberstadt grew up in a series of villages and hamlets in rural upstate New York. She graduated from Cornell University magna cum laude with a double major in philosophy and government. She was a four-year Telluride Scholar, and worked throughout her undergraduate years as a special assistant in Cornell’s philosophy department. In summer 1981, she served as the first female factotum (faculty liaison) at formerly all-male Deep Springs College in Owens Valley, California, making her the first woman to become a member of the Student Body in the school’s history.
Personal
She and her husband, author Nicholas Eberstadt, have four children, and live in the Washington, D.C. area. One of her favorite quotes is “manuscripts don’t burn,” the rallying cry of intellectual freedom penned by Mikhail Bulgakov in The Master and Margarita.