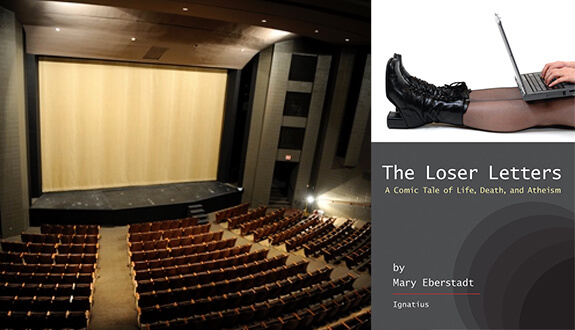 Mary Eberstadt’s 2010 epistolary novel The Loser Letters, about a young woman in rehab torn between theism and atheism, was adapted for stage by playwright Jeffrey Fiske and premiered at the Catholic University of America’s Hartke Theater in fall 2016 for a two-week run. Other adaptations of the story are underway for future productions in the U.S. and Malta.